Enter an English word to check its Gematria value.

How to Use the Online Gematria Calculator

The function of the calculator is to save you time and do the English or Jewish Gematria calculation for you. 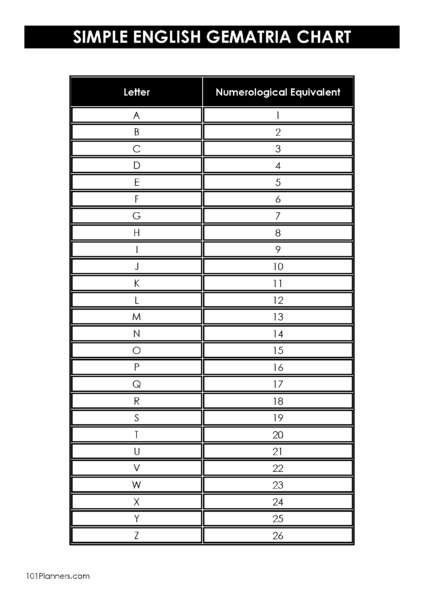 For example, what is the value of the word “cat”? 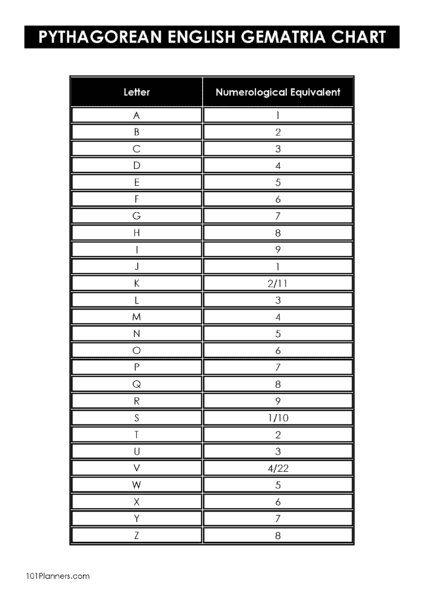 Pythagorean English Gematria is based on a method called “Reduction.” All numbers are reduced to single digits. Letters A to I all have single digit numerical values. Letters J-Z  have double digit values and need to be reduced. For example, Z is 26 according to the simple English Gematria chart above. According to Pythagorean Gematria, Z will be equal to 8 (2+6) this is the sum of its digits.
However, there are certain exceptions to this rule. 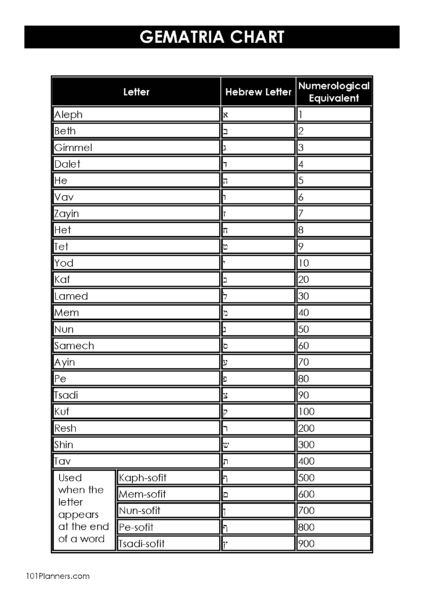 Enter a Hebrew word (in Hebrew) to check its Gematria value.

For grammatical reasons, certain Hebrew letters have two different pronunciations. However, the numerical value of the letter remains the same regardless of its pronunciation.

Gematria started in Hebrew in biblical times and was later adopted by other cultures in other languages. An example of this use is Roman numerals which are still in use today.

Jewish Gematria or Hebrew Gematria (sometimes called “gimatria,”) is a method of giving numerical values to the Hebrew letters. The value of each letter in a Hebrew word or phrase is then added together to get the value of the word or phrase. It is basically the numeric equivalent of words. If words or phrases score the same number then it is said that there is a connection between them. English Gematria uses a similar system and gives each letter of the English alphabet a numerical value.

How is Gematria Calculated?

A Gematria decoder, such as the online calculator above, works out the value of any letter, word, or phrase for you and saves you the trouble of calculating each letter. However, if you prefer to do the calculation yourself then see the Gematria chart below.

How is Gematria Used?

One of the most common examples of gematria is the word “chai” (חי) in Hebrew. Chai means life and is made up of two letters “chet” and “yod”. Together they produce a sum of 18 and this has become a positive spiritual number. Jewish people often give gifts in multiples of 18.

Many people use Gematria to interpret and uncover hidden meanings in the bible.

According to the book “Letters of Light: The Power And Essence Of The Alef-Beis In The Light Of Kabbalah And Chassidus”, when the same letters are transposed to form different words, they retain the common energy of their shared gematria according to Kabbalah. Because of this, the words maintain a connection in the different forms.  The English equivalent is called an anagram which is any word or phrase that exactly reproduces the letters in another order. In Hebrew, many words share the same root even though they sound different. Words with the same root are related and their meanings are connected.

We have worked hard to make this best Gematria Calculator. However, if you have suggestions on how it can be improved then please leave a comment below.

Any use of our images – including distribution, reproduction, modification and/or public display – without giving credit to this website or without receiving prior written permission is strictly prohibited.

The information on this site, is for entertainment purposes only. This site is not intended to provide medical, legal, financial, relationship, or mental advice or to take the place of advice and/or treatment from a licensed professional and/or your primary care provider. No guarantee is made that any of the opinions regarding numerology, angel numbers, twin flames, and other spiritual ideas described on this site are accurate or will yield successful results for anyone at any time. This site takes no responsibility for any possible consequences from any information on this site.